The activity was launched on October 29th with a press conference at the Nectar Restaurant & Café in Bathurst with the 8 Foundations participating in the campaign. Mr. Hermel Chiasson, representative of UNI addressed the press and unveiled the new designs of the mini-trees, a video recording with Mr. Gilles Lanteigne, CEO of Vitalité spoke and Dr. Fondop, gynecologist and Natacha Blanchard, Chair of the Northern Star of the Fondation Les Amis de l’Hôpital de Tracadie, oulined the needs of the hospitals. 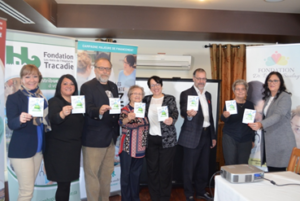 A new visual has been adopted for the 2019 campaign. The tree, with the colours and shapes of the UNI Financial Cooperation logo, reflects a spirit of collaboration with the foundations. Decorated with stars, referring to the Foundations’ projects, the sections of the mini trees are superimposed in an upward movement to symbolize the contribution of all in the achievement of a goal. The overall effect recreates an atmosphere of the holiday season, a convivial moment that calls for generosity and sharing. 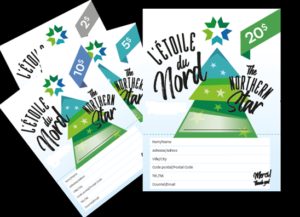 The $2, $5, $10 and $20 mini-trees, as shown in the showcase of this business, could be purchased at the various UNI points of service and each of the regions also had other points of sale such as some convenience stores, grocery stores and pharmacies. 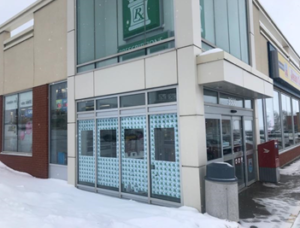 Tree Dedication and Illumination: The Illumination of the trees in each of the healthcare facilities took place on December 4, 2019, at 6:30 p.m. simultaneously.  More than a hundred trees were illuminated in front of our hospitals. Many people came out to attend the tree lighting ceremony and to pay tribute to an individual or group by dedicating a tree to them in exchange for a $200 contribution. 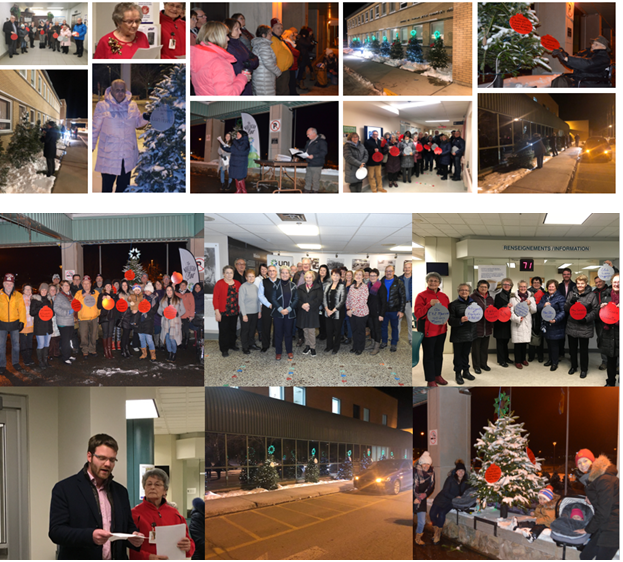 For its part, the Chaleur region also has a figurine component that is based on the same principle of dedication to several partners.  These figurines are an integrated part of the lighting.

2019 Ornament: In remembrance, donors received a commemorative ornament for their participation

in the 2019 Northern Star Campaign 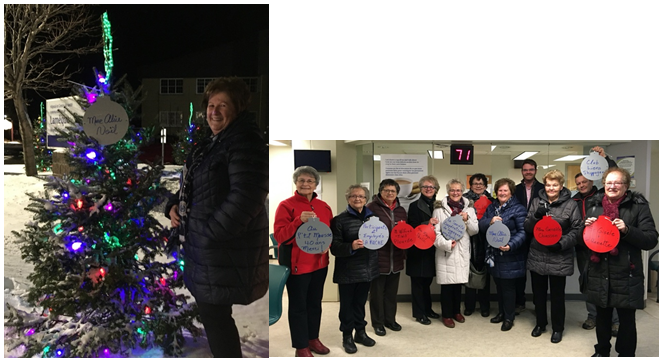